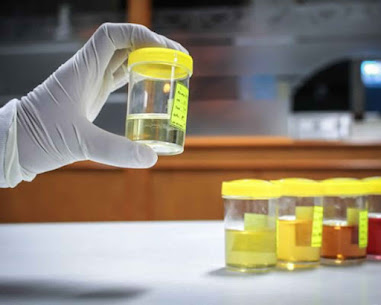 Pyuria is the pathological finding of the presence of leucocytes or white blood cells, commonly referred to as pus cells, in the urine. It may be indicative of various health conditions, but it is most commonly associated with a urinary tract infection (UTI).  Sterile pyuria can be defined as the presence of leucocytes in the urine but absence of infection with standard culture techniques.
Sterile pyuria is misleading term, as commonest cause for the finding is undoubtedly infection of some sort.  It is a relatively common problem, with a wide range of causes.  It could be infectious or non-infectious, depending on conditions.  Sterile pyuria may be due to a partially treated urinary tract infection (even one dose of antibiotic before urine collection), a recently treated UTI (pyuria often remains for one-two weeks after clearing infection), a UTI with fastidious or slow growing atypical organisms that fail to grow during standard laboratory culture.
Other infectious causes of sterile pyuria including sexually transmitted diseases (particularly chlamydia), renal tuberculosis, viral infection (eg adenovirus) , parasitic infections (such as schistosomiasis), interstitial cystitis, prostatitis, cystouretheritis, and balanitis.  Additionally, sterile pyuria can be a sign of intra-abdominal infection (eg appendicitis, diverticulitis) unrelated to the urinary tract, due to irritation of the ureters or bladder. Sterile pyuria is more common among women than among men because of pelvic infection.
Sterile pyuria may also be a sign of renal calculi and malignancy.  Systemic conditions include systemic lupus erythematosus (SLE), Kawasaki disease, diabetes, sarcoidosis, malignant hypertension, are also responsible for sterile pyuria. Sometime, radiotherapy involving the pelvis and urinary tract also to cause the sterile pyuria.
Finally, few drug intake (like nitrofurantoin) have been reported to cause sterile pyuria. The use of penicillin-based antibiotics, non-steroidal anti-inflammatory drugs (NSAIDs), aspirin, proton pump inhibitors, and diuretics has also been involved in acute drug reactions, causing tubulointerstitial nephritis with sterile pyuria.
Contamination, especially with vaginal leukocytes in females (false pyuria), is common, and samples should always be collected as a midstream clean catch. The use of antiseptic solutions or antibiotics prior to collection should be avoided to limit false-negative result of urine culture.
The finding of pyuria without bacteriuria can be a diagnostic challenge and warrants further investigation. A careful history and physical examination can help determine the cause of sterile pyuria. Always consider tuberculosis or non-infective cause and don’t prescribe antibiotics if infection is not proven or otherwise suspected.