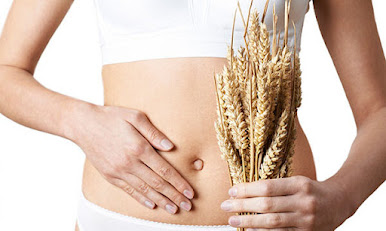 Coeliac disease is an autoimmune disease where the lining of the small intestine is damaged by exposure to gluten (a protein found in grains such as wheat, rye, barley and oats) in genetically predisposed children and adults. The reaction to gluten causes inflammation and atrophy of intestinal lining, which can lead to malabsorption of nutrients and related health issues.

The diagnosis of Celiac disease is classically based on a combination of findings from a patient’s clinical history, serologic testing and duodenal biopsies.

Total serum Immunoglobulin A (IgA) test is used to check for IgA deficiency, a condition commonly associated with celiac disease (2%–3%, compared with 0.2% in the general population), that can cause a false negative tTG-IgA. tTG - IgG test may be used as an alternative test in people who have a deficiency of IgA.

Anti-endomysial antibodies (EMA) IgA : The EMA test is the most specific test for celiac disease, although it is not as sensitive as the tTG-IgA test. The EMA-IgA test is an immunofluorescent assay (IFA) that is more expensive and time-consuming to perform than the tTG-IgA test.

Deamidated gliadin peptide antibodies (anti-DGP), IgA & IgG: This is the latest generation serologic test. DGP IgA antibody test is less sensitive and specific than the tTG-IgA test while DGP IgG antibody is slightly more sensitive than the tTG -IgG antibody. DGP IgG testing along with anti-tTG IgG is recommended by the American College of Gastroenterology for people who have low IgA or IgA deficiency.  The sensitivity of tTG  IgA and EMA IgA antibody tests is lower in children younger than 2 years of age. Therefore, testing with the DGP IgA/IgG antibody, along with the tTG IgA/IgG antibody, is recommended in this age group.

All positive and indeterminate serology tests for celiac disease are followed by an intestinal biopsy. A biopsy is used to make a definitive diagnosis of celiac disease.

Genetic testing for human leukocyte antigens (HLA-DQ2 and HLA-DQ8) can be used to rule out celiac disease.

Who should get screened?